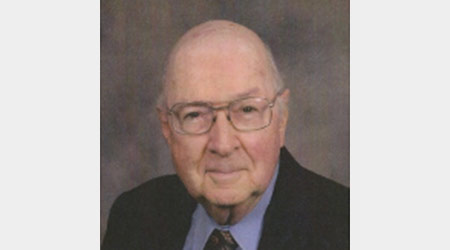 The short-line industry recently lost two of its former leaders and contributors, according to the American Short Line and Regional Railroad Association.

In 1988, Jacobson started his own railroad company after purchasing 90 miles of little-used track between Brewster and Zanesville, Ohio. For 15 years, he operated what became a popular summer tourist train in Sugarcreek, Ohio.

Afterward, Jacobson continued his life-long passion for railroading by constructing a roundhouse in Sugarcreek to restore and exhibit his collection of steam and diesel locomotives, rail cars and other equipment.

A Navy veteran, Moore was an executive with the Baltimore and Ohio Railroad and general superintendent of the Lehigh Valley Railroad in Bethlehem, Pennsylvania, in the earlier part of his railroading career.

He later became the last president of the L&HR, which declared Chapter 7 bankruptcy in 1972. Moore is credited with working to ensure the remains of the short line were included in the formation of Conrail.

After the L&HR folded, he served as a transportation consultant at R.L. Banks & Associates and was senior vice president of operations for Genesee & Wyoming Holdings.