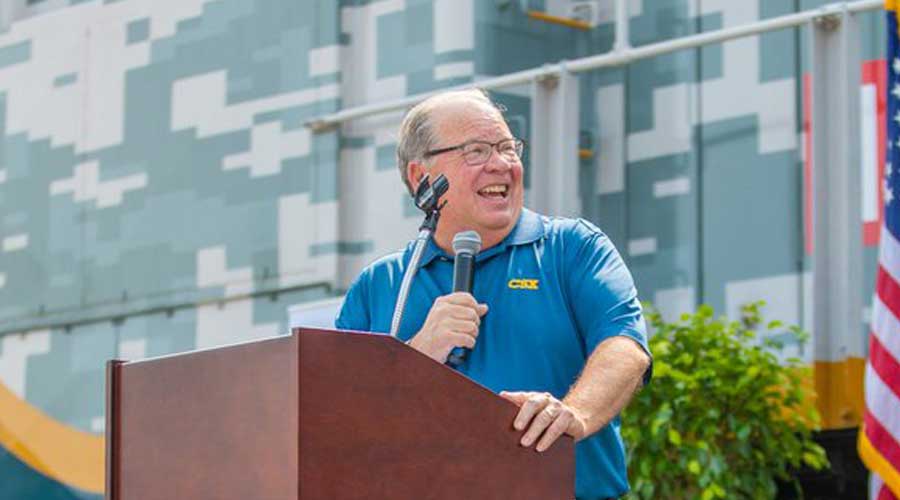 A 50-year industry veteran, Harris joined CSX in January 2018. As EVP, his responsibilities have included oversight of safety, performance metrics, operational planning and other key functional areas, according to his biography on csx.com.

Previously, Harris served as EVP of operations, with responsibility for mechanical, engineering, transportation and network operations. His experience includes nearly a decade of working alongside the late E. Hunter Harrison and current CSX President and Chief Executive Officer James Foote during the implementation of the scheduled railroading model at CN.

"When I was entrusted to lead CSX in December 2017, the first phone call I made was to Ed Harris, because I knew that there was no better railroader to help with the transformation of CSX and guide the continued implementation of our operating model," said Foote in a press release. "Two-and-a-half-years later, CSX is operating better than at any point in its history. For this, we extend to Ed our utmost gratitude and respect, and wish him all the best in retirement."

Harris began his railroad career in 1968 on the Illinois Central Railroad, which was acquired by CN in 1998. He continued to serve in progressively more senior roles at the Class I, reaching the position of EVP of operations prior to his retirement from the company in 2007. After that, he served as an independent rail operations consultant. From 2010 to 2011, he was EVP and chief operations officer of Canadian Pacific and later provided consulting services to that Class I.

"I've been fortunate to have played a role in several successful transformations over the years, but this experience at CSX was by far the most rewarding and satisfying of my career and what I'm most proud of," Harris said in the CSX press release. "It was an honor to work alongside the best railroaders in the industry and I wish Jim and the entire team all the success in the future."

As Harris' retirement approaches, CSX's safety and facilities groups that had reported to him will transition to Jamie Boychuk, EVP of operations who was appointed to succeed Harris' leadership of the operations function in 2019.