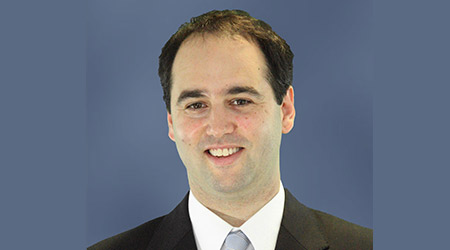 Baker, 40, is a partner at Chambers, Conlon & Hartwell LLC (CC&H) and president of the National Railroad Construction & Maintenance Association (NRC). He joined the NRC in 2004 as manager and later served as vice president, executive director and president. During his tenure as president, Baker was responsible for core financial, operational and legal programs, including the association's federal legislative and regulatory program.

At CC&H, Baker has represented such clients as the NRC, OneRail Coalition, American Railway Development Association, CN, Norfolk Southern Railway and McHugh Construction. As the lead CC&H partner on government affairs for the ASLRRA, Baker showcased his keen understanding of the short-line industry's needs, such as a permanent Section 45G tax credit for regionals and short lines, said Petry in a press release.

"[He] brings a wealth of talent and rail industry experience to the position," she said. "He has led multiple industry associations and high-performing teams … [and] has the respect of our members and practiced knowledge of how work in Washington is accomplished via legislative and regulatory channels."

"After having worked with Chuck over the past 10 years, it is clear we will all miss him. He has worked extremely hard with the executive committee to move the organization forward and operate it like a business," Choat said. "The NRC is now the premier association representing the entire rail construction and maintenance industry, and we eagerly look forward to maintaining and expanding that position."

Now, he looks forward to doing his part at the ASLRRA to ensure the short line industry is prepared to meet tomorrow's challenges, Baker said in a statement.

"Along with the ASLRRA board, staff and most importantly the members themselves, I’m eager to tell the short line story, including the significant safety, infrastructure investment, congestion reduction, environmental improvement and economic development benefits we provide throughout the country," he said.

Progressive Railroading named Baker a Rising Star in 2014. A Rising Star is someone under the age of 40 who has made, or is making, a positive impact on his or her company, organization, department or team.