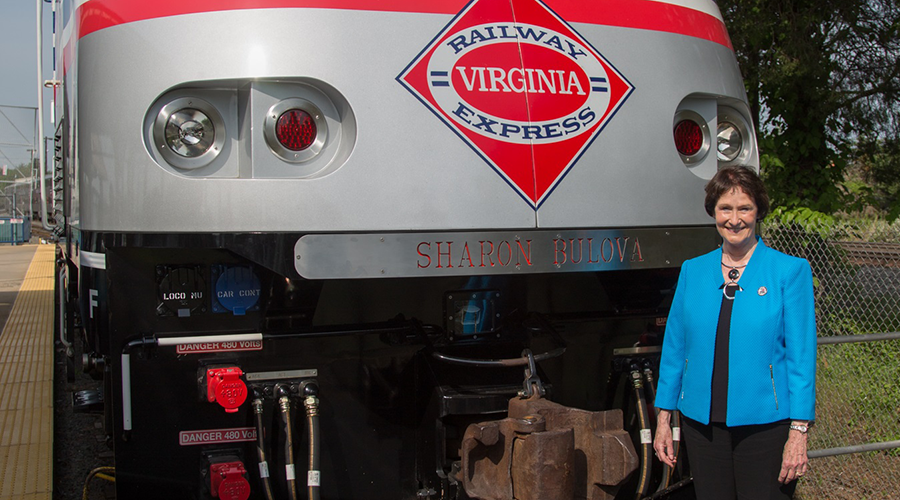 “Having spent more than three decades not just advocating for public transportation but literally rolling up her sleeves to stand up a variety of transportation modes throughout the region, Sharon Bulova has demonstrated the highest level of commitment to the industry,” said VRE Acting Chief Executive Officer Rich Dalton, who nominated her for the award.

Bulova’s nomination was endorsed by four members of Northern Virginia’s congressional delegation, Virginia’s governor and the chairman of the WMATA board.

“Often referred to as the ‘mother’ of VRE, Sharon stood up a fledgling commuter-rail service that is now a vital cog in the region’s transportation network. … Her willingness to consider both sides of an issue and ability to identify common ground allowed the region to coalesce in its support of dedicated funding for WMATA,” Paul Smedberg, chair of WMATA's board.

The nomination details Bulova’s work in support of public transportation over 35 years.

Bulova will be recognized at APTA’s TRANScend virtual meeting in October, and formally honored at a ceremony during APTA’s 2021 TRANSform Conference & EXPO in March 2021.