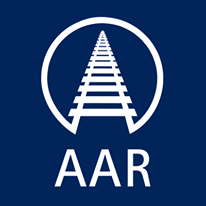 AAR presented McDaniel the 2016 Professional Environmental Excellence Award, which is the highest honor for environmental professionals in the railroad industry, association officials said in a press release.

The annual award recognizes an individual for demonstrating outstanding performance in environmental awareness and responsibility during the year. McDaniel received the award during the Railroad Environmental Conference at the University of Illinois at Urbana-Champaign.

McDaniel, who has more than two decades of experience in the rail industry, worked his way up through the environmental department at NS, where he is now director of Environmental Engineering, Remediation and Compliance. He oversees areas including remediation of impacted sites, compliance with air and water permits, and management of storm water protection and spill preparedness plans.

One example of McDaniel's contributions involved a $10 million, multiyear project to remediate a site that had housed a rail-car manufacturing plant for nearly 100 years years. McDaniel and his team worked with the Tennessee Department of Environment and Conservation to restore 79 acres of the site for industrial use.

In addition to his work at NS, McDaniel has moderated sessions on storm water and waste water, environmental information systems, and compliance.

"Railroads and environmental preservation go hand-in-hand and we proudly honor those who exhibit a commitment to environmental stewardship," said AAR President and Chief Executive Officer Edward Hamberger. "Russ [McDaniel] and railroad employees like him bring a range of environmental expertise, making them an integral part of the industry's successful environmental program in countless ways."

McDaniel was one of eight railroad professionals nominated for the 2016 environmental award.