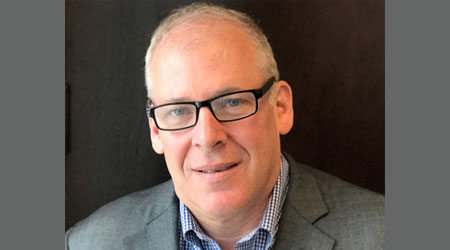 The Port Authority of New York and New Jersey's (PANYNJ) board has named Sam Ruda port director. Ruda has served as interim port director for the past five months.

Ruda succeeded Molly Campbell, who left the authority in late 2018 to accept a fellowship at Harvard University.

Ruda came to the PANYNJ in 2015 after a 29-year career in transportation, including 12 years on the senior management team at the Port of Portland. He also has experience in the container shipping industry, and has managed the global supply chain for a Fortune 500 company with Asia-based manufacturing operations, according to a PANYNJ press release.

"His broad background will be a major asset to this agency as we embark on the upcoming transformation of the port facilities to accommodate the continuous record cargo growth they now handle,” said PANYNJ Chairman Kevin O'Toole in a press release.

Ruda will oversee the pending implementation of the Port Master Plan, a 30-year strategic plan to address the port's growth and record cargo volumes.

Ruda and Rooney will oversee construction of the final phase of the buildout of the ExpressRail Port Jersey facility, which will complete the port's rail network and advance the port's five-year strategic goal to handle more than 900,000 rail lifts a year.

They also will oversee the ongoing work to complete the Greenville Yard intermodal rail project, which includes a significant upgrade to the New York New Jersey rail operation. Under the system, freight is loaded on rail cars, which are moved by marine rail barge from Greenville, New Jersey, to rail yards in Brooklyn, New York.

PANYNJ also announced that Andy Saporito will assume the role of senior adviser of special projects, including completion of the Greenville Yard.