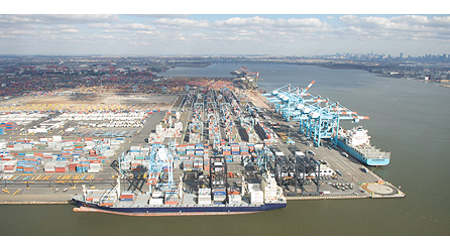 The Port Authority of New York and New Jersey (PANYNJ) has named Sam Ruda interim port director to succeed Molly Campbell, who has left the authority to accept a fellowship at Harvard University.

Ruda, who had been serving as the port's deputy port director, began his new duties yesterday. He joined the authority last year after a 25-year career in transportation, which included 12 years in senior management at the Port of Portland, according to a PANYNJ press release.

During his tenure at PANYNJ, Ruda has helped advance critical initiatives in performance, technology, real estate and marketing, authority officials said. The initiatives include work on the ExpressRail Port Jersey project and ongoing work at Greenville Yard.

The authority has begun a national search for a permanent director. Campbell joined the agency as port director in 2015 after a nearly 15-year career with the Port of Los Angeles. Her fellowship at Harvard will be served in the Advanced Leadership Initiative.