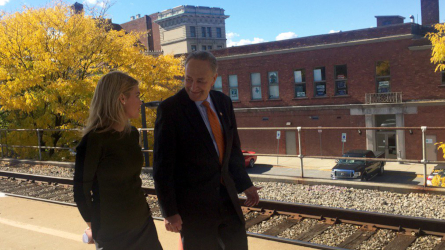 If approved by the New York State Senate, Feinberg would replace real estate executive Scott Rechler, who announced his resignation from MTA's board earlier this month.

Feinberg led the Federal Railroad Administration (FRA) from 2015 to 2017 under President Barack Obama. During her tenure, she prioritized grade crossing safety improvements in an effort to reduce the number of fatalities and injuries that occur during train-motor vehicle collisions. She also called on railroads to speed up their implementation of positive train control.

Prior to heading the FRA, Feinberg served as chief of staff in the U.S. Department of Transportation during the Obama administration. She also worked for Facebook and Bloomberg LP, according to LinkedIn.