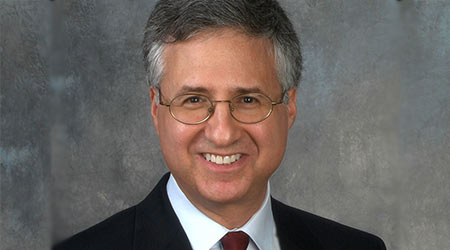 The South Florida Regional Transportation Authority (SFRTA) has named Steven Abrams executive director. He will succeed Jack Stephens, who will retire when his contract expires Dec. 31.

Abrams served on SFRTA's board from 2010 until he resigned in May to enter  the search process for the executive director position. He was chairman from July 2012 to June 2014, and again from July 2017 to June 2018.

Abrams became known as the "commuting commissioner" because he was the first SFRTA board member to be a regular commuter on Tri-Rail, which is operated by the authority.

"I know first-hand what Tri-Rail means to the economy of South Florida when each day I join thousands of workers, students and tourists traveling on our train throughout the region," said Abrams in a press release.

During his tenure as SFRTA’s chair, Abrams was the board's designee to represent the agency in negotiations with All Aboard Florida. The discussions led to an agreement to bring direct Tri-Rail service into downtown Miami via the new MiamiCentral station, SFRTA officials said.

Abrams served in public service roles for many years. He has been on the Palm Beach County Board since 2009; is the former mayor of Boca Raton, Florida; and is a former member of the Boca Raton City Council.

He also is a past president of the Palm Beach County League of Cities and a founding board member of the Florida League of Mayors.