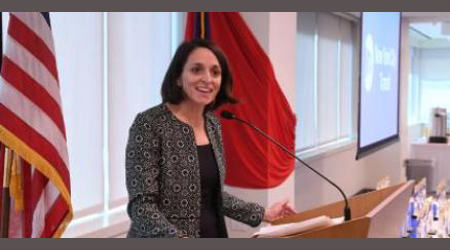 She will oversee the development and delivery of a long-term strategy to modernize the system, NYCT officials said in a press release.

Her appointment is part of larger organizational changes planned by NYCT President Andy Byford, who's implementing an action plan to stabilize and improve the subway system.

Librera joined MTA in 2004 as a transportation planner. During her tenure, she has led technical training for subway employees, including for crews in rail-car maintenance, service delivery, occupational safety, emergency response and track technicians.

Librera is the first woman to lead NYCT's department of subways.

"NYC Transit is at the start of a very exciting journey, one that will transform the way we do business and that will restore our reputation in the eyes of customers and stakeholders," Byford said. "To succeed, I need a world-class executive team to help me construct, then deliver, the corporate plan that is our roadmap to transformation — and to run [NYCT] day to day. It will not be an easy task, but Sally and Frank will ensure we will meet that challenge and succeed."