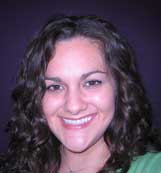 Rebecca Reyes-Alicea once imagined she might follow in her father's footsteps and become a civil engineer. But while studying civil engineering at New Mexico State University, she realized it was the process that comes before a project's design-and-build phase that most appealed to her.

"I liked getting that social perspective" on a project, she says. "And that's how I ended up in urban planning."

While in college, she was fortunate to land an internship with the Federal Transit Administration office in Seattle, where she worked on commuter- and light-rail projects in the Northwest. The internship was the quintessential door-opener: After graduation, the FTA offered her a full-time community planning position at the Seattle office.

Not long after, Reyes-Alicea left for the FTA's New York City office, where she worked on public transportation and rail projects in New York and New Jersey for several years before returning to Seattle to serve as director of planning and development.

After the American Recovery and Reinvestment Act of 2009 passed and federal dollars started flowing toward new transportation projects, Reyes-Alicea moved over to the Federal Railroad Administration, where she was named a regional manager to coordinate stimulus-funded projects on the Northeast Corridor (NEC).

Today, she serves as FRA program manager and leads NEC FUTURE, a comprehensive FRA-led planning study to define, evaluate and prioritize future investment along the corridor. As part of the study, the FRA is preparing a Tier 1 Environmental Impact Statement.

Although she has played a role in numerous rail development efforts — including "New Starts" projects that brought passenger-rail service to communities for the first time — Reyes-Alicea believes the work she's doing now has been her greatest contribution to rail so far.

"This is the first time in many decades that the federal government has approached defining a vision for the Northeast Corridor, focusing real attention on developing and improving it," she says. "My commitment is to finding smart and efficient ways to do that while understanding and respecting the corridor’s history."

Her ability to communicate and work with public- and private-sector stakeholders has earned her respect, says Wendy Messenger, Reyes-Alicea's direct supervisor at the FRA.

"[She] has done an outstanding job managing a very demanding portfolio of large, high-profile projects along the NEC," Messenger wrote in Reyes-Alicea's Rising Stars nomination.

Reyes-Alicea's near-term goal is to see the NEC FUTURE effort through to the implementation stage.

"I also want to be part of getting some key projects off the ground," she says. "I hope to be in a position to help establish partnerships ... that will strengthen rail in the Northeast Corridor."

Reyes-Alicea's interest in rail transportation extends beyond the office, as well. Earlier in her career, she rode trains to her destinations to save money.

"But now, I want all my travels to be about rail," she says. "I want to enjoy the rail systems where they are. I think France is the next place on the list."