The Washington Metropolitan Area Transit Authority (WMATA) is soliciting opinions on its redesigned website, which is entering the final stages of development. 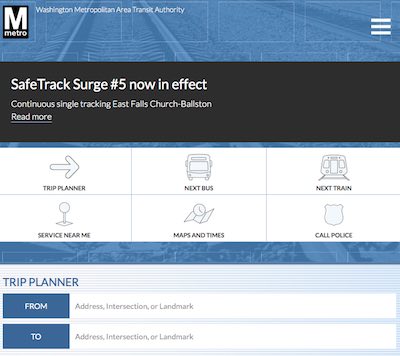 The agency is overhauling the site for the first time in eight years and is asking riders to try out the "beta" version and offer input. The site is expected to launch later this summer.

Nearly half of WMATA riders use the website at least once a month to plan a trip, and 60 percent of those users visit the site via mobile devices, marking a "dramatic increase" from two years ago, agency officials said in a press release.

To keep up with the trend toward mobile, the new site is optimized for smartphones and tablets.

The development and launch of the new website is the latest project to be delivered as part of General Manager Paul Wiedefeld's "Customer Accountability Report," or CARe.