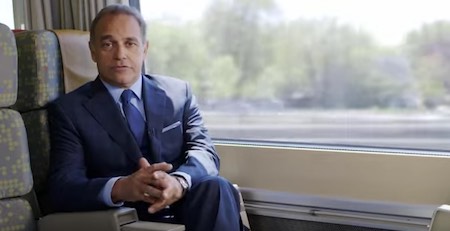 The award recognizes an executive who has "overcome the challenges of transitioning from a legal career to a corporate executive environment," VIA Rail officials said in a press release.

Desjardins-Siciliano was honored for developing and implementing VIA Rail's customer-focused business strategy, which has persuaded more travelers to use the railroad.

"An idea can only become a business strategy if it is accepted and implemented in the daily work of the men and women at our company," Desjardins-Siciliano said. "I am lucky to be surrounded by employees who are committed to serving their fellow citizens. Their support is what makes it possible to carry out such an ambitious strategy for passenger rail transport in Canada."

He received the award Nov. 7 at the 2016 Quebec General Counsel Awards, which recognizes the achievements of Bar members who have chosen to work in the business sector.