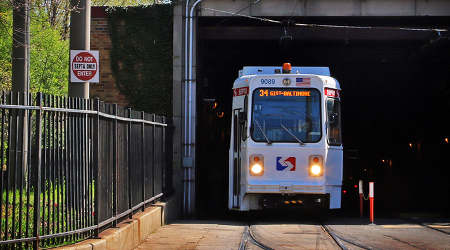 The Southeastern Pennsylvania Transportation Authority last week released a request for proposals for the replacement of its trolley fleet.

The RFP will begin the vehicle acquisition process with manufacturers, a major step of the agency's trolley modernization plan, SEPTA officials said in a press release.

The plan is part of SEPTA's capital program to transform the country's largest trolley network into an accessible, fast and easy-to-use system, they said. The agency aims to turn it into a system used for any type of trip, not just for work commutes.

The current fleet dates to the 1980s. The new vehicles will be fully accessible and have higher capacity, wider pathways, improved messaging systems and designated open space for people with wheelchairs and strollers.

Funding comes from the fiscal-year 2023 Capital Budget and 12-Year Program.