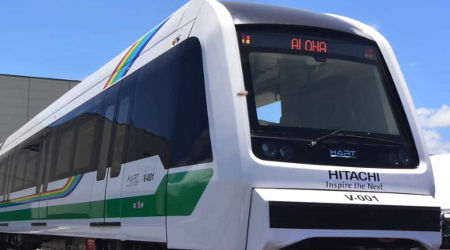 A Jacobs Engineering report drafted for the Federal Transit Administration has recommended adding the shortfall amount to the budget to ensure the rail system's construction is completed, according to the news site.

The report also noted that the project may not be ready to serve passengers until September 2026, which is later than HART's estimate of December 2025.

HART Executive Director Andy Robbins noted that the report's cost estimate was only 1.6 percent above his agency's current estimates, according to the Honolulu Civic Beat.

The small difference is a "strong endorsement for the risk management and cost control measures HART has put in place over the past two years," he said.