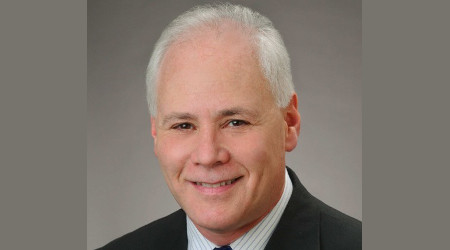 Currently a senior executive with Bombardier Transportation, Robbins also is a specialist in driverless transit systems similar to the one HART will employ for its planned passenger-rail system. He starts his new job Sept. 5.

Robbins will return to Hawaii after working for several years in the San Francisco and Pittsburgh areas.

Robbins will replace Interim Executive Director and CEO Krishniah Murthy, who was appointed to the position in October 2016. Murthy took the job after HART's previous leader Dan Grabauskas resigned in August that same year.

"I fully realize the challenges that lie ahead for this project and the community concerns that come along with them," Robbins said. "Having previously been involved with this project, I also believe strongly in its merits. Residents, visitors and future generations will not only benefit from this project but will also view it as an integral part of Honolulu's transportation infrastructure."

HART is building a 20-mile passenger-rail line in Honolulu. By 2030, almost 70 percent of Oahu's population and more than 80 percent of the island's jobs will be located along the rail corridor, according to the agency's website.