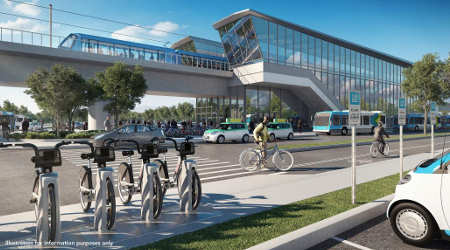 The Quebec government has committed to providing 1.28 billion Canadian dollars toward a proposed 41-mile light-rail system in Montreal.

CDPQ Infra plans to provide CA$2.67 billion for the project. The Caisse has proposed that the Canadian federal government commit another CA$1.28 billion toward the REM.

When completed, the REM would be the fourth largest automated transportation system in the world after Singapore, Dubai and Vancouver, according to the project's website.

"We very much welcome the government of Quebec's commitment to the REM, a project that will improve the daily commute for hundreds of thousands of people, boost Montreal's overall competitiveness, and have positive impacts on the environment from the first days of the project," said Michael Sabia, president and chief executive officer of the Caisse, in a press release.

The recent agreement with Quebec's government also establishes return thresholds and a mechanism for sharing dividends between the Caisse and the government.