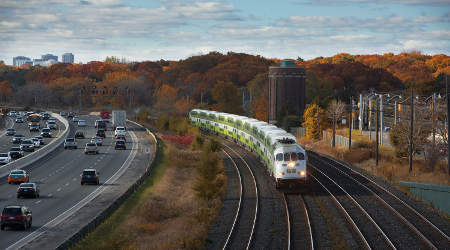 The Ontario government recently announced its investment of CA$75 million into the restoration of passenger-rail service between Timmins and Toronto, and the start of  tunneling for the Eglinton Crosstown West Extension

Passenger-rail service between Timmins and Toronto was canceled in 2012, effectively cutting off northeastern Ontario residents and economies from the rest of the province, government officials said in a press release.

Future feasibility work, according to an updated initial business case that explores the province’s options, includes a new rail connection to Cochrane that will expand transit access to 5,300 more people. It will also provide a connection to Polar Bear Express service to Moosonee.

The restored service could be available as early as the mid-2020s with service offered between four and seven days per week depending on seasonal demand. Overnight travel options will be made available between Northern Ontario and Toronto.

The project will extend the future Eglinton Crosstown light-rail transit service another 5.5 miles along the avenue from Scarborough into Mississauga and Etobicoke.

Overall, Ontario has committed nearly CA$17 billion for its transit plan. In 2021, the Canadian government announcedCA$10 billion in funding for Ontario's four priority subway projects in the greater Toronto area.