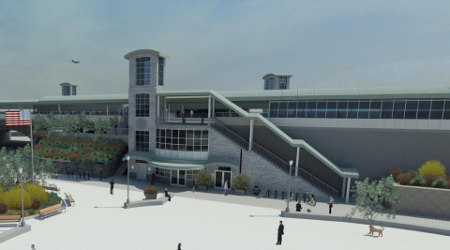 Crews will construct new inbound and outbound station buildings and longer platforms for more boarding capacity. In addition, the project calls for improving security and communication systems, as well as accessibility for riders with disabilities.

The board approved a $49.2 million final design and construction contract to be awarded to Anselmi and DeCicco. The board also signed off on a $4.7 million construction management services contract wth WSP USA Inc.

The project is scheduled to be completed in summer 2022, NJ Transit officials said in a press release.

Other project components include restoring an existing pedestrian tunnel and plaza area, as well as building new platform canopies and climate-controlled platform shelters.