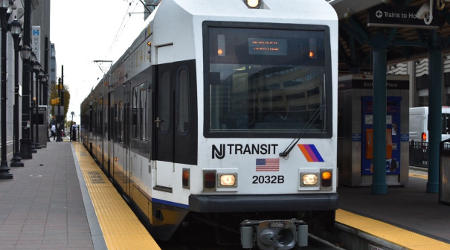 New Jersey Transit has lengthened the light-rail platforms by 25 feet at the Exchange Place Station in Jersey City, the agency announced earlier this week.

At 190 feet, the extended platforms now can accommodate extended light-rail cars on the Hudson-Bergen Line. The longer cars contain 102 seats, while the regularly sized units have 68 seats. The extended cars also feature more room for riders to stand.

Seven extended cars are in use on the Hudson Bergen Line, with 18 more to be rolled out in the coming months. The Exchange Place Station was the only station on the system that needed its platforms extended for the longer cars, NJ Transit officials said in a press release.

The $2.7 million project to extend the Exchange Place platforms began in spring and wrapped up in September.

NJ Transit has used the extended car as a prototype since 2013. The agency has finished putting the units into service on the Newark light-rail line. Now, the units are being introduced during peak periods on the Hudson-Bergen Line.