The Groundwork Center, a Michigan-based nonprofit advocacy organization, has secured funding for a preliminary feasibility study of a proposal to develop a passenger-rail service between Traverse City and Ann Arbor, Mich., the organization announced last week.

The study will address track conditions, potential costs for upgrades, economic impact, rider demand and operating structure, according to a Groundwork Center press release. The analysis will begin this fall and is expected to take eight to 10 months to complete.

The route also would extend to the Petoskey, Mich., area in the state's northern region and could serve thousands of college students at universities along the entire route, Groundwork Center officials said.

The study will be funded with a federal transportation planning grant and contributions from communities along the rail line, including Traverse City, Alma and Washtenaw County. 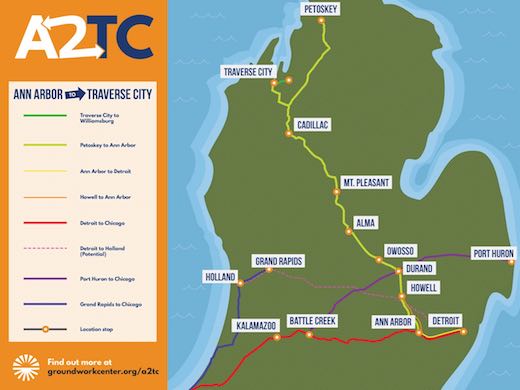