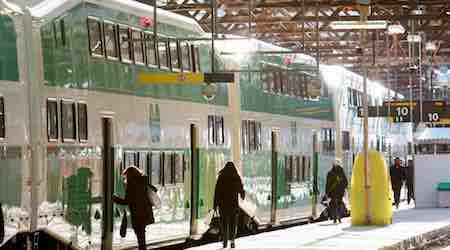 Metrolinx will add more GO Transit rail service on the Barrie line later this month in an effort to manage congestion, provide more transit options and improve commutes for residents in the city of Barrie and the Simcoe region.

New year-round weekend GO rail service will be introduced Dec. 31 on the Barrie line. The additional service will include three morning trips from the Allandale Station in Barrie to Toronto's Union Station, along with three back in the evening for riders.

"Every new trip we run gives thousands of people in the greater Toronto and Hamilton area another reason to take transit, ultimately making this a more connected and prosperous region," said Bruce McCuaig, president and chief executive officer of Metrolinx, which is the parent agency of GO Transit.