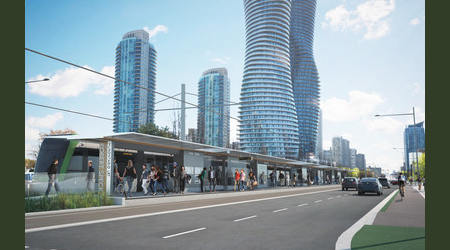 Metrolinx and Infrastructure Ontario (IO) have released a short list of three teams that qualify to bid on the 12.4-mile Hurontario light-rail project.

The three teams were selected based on criteria identified in a request for qualifications process that began in October 2016.

The criteria included design, construction, maintenance and operational experience, as well as the financial capacity to deliver a project of this size and scope, Metrolinx and IO officials said in a joint press release.

The Hurontario project includes 22 surface stops with connections to GO Transit's Milton and Lakeshore West rail lines, along with a maintenance and storage facility for light-rail vehicles at Highway 407.