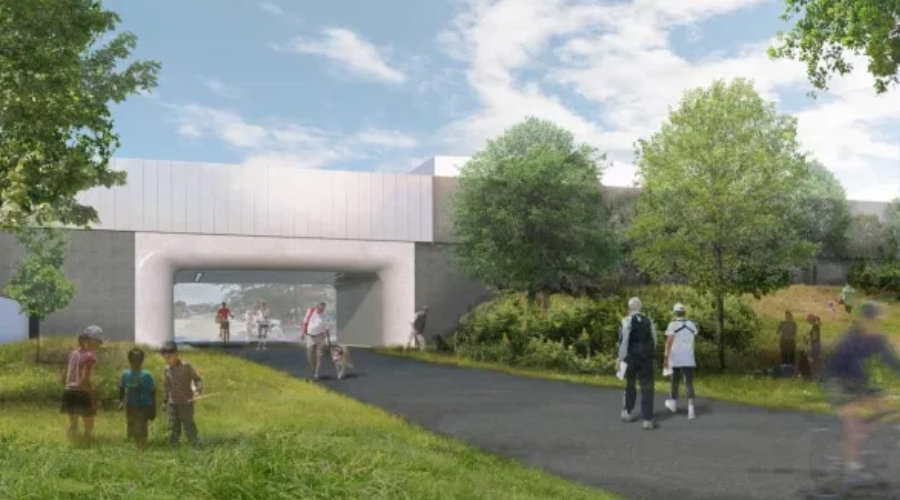 Metrolinx has chosen the site for a train maintenance and storage facility on GO Transit's Ontario Line. It will be built east of Laird Drive between Overlea Boulevard and Wicksteed Avenue in East York.

The facility will become the central location for the upkeep, repair and storage of subway trains, Metrolinx officials said in a press release.

Located where GO Transit's Barrie corridor meets Canadian Pacific tracks, the diamond is one of the busiest rail intersections in North America. To help solve a congestion problem and meet promised two-way, all-day GO Transit service, a guideway will be built above the CP line. The greenway underneath will become a public space.