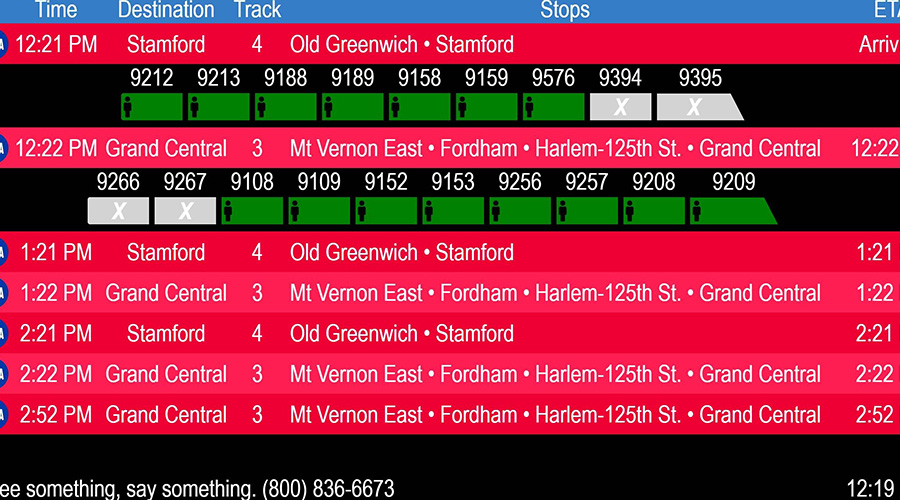 MTA Metro-North Railroad today announced that New Haven Line riders can now see the amount of space available on each car of an approaching train by looking at digital signs on platforms five minutes before a train arrives or by using the Metro-North Train Time app at any time.

The capacity-tracking feature was rolled out by car fleet. It became available in November 2020 for most trains operating on electric portions of the Harlem Line and Hudson Line — trains composed of the newer M7 rail cars, Metro-North officials said in a press release.

Metro-North will continue to work to bring capacity-tracking technology to the diesel sections of the lines and to older M3 electric rail cars.

Riders who already have the app installed will receive an automatic update with the new feature. The free mobile app, which is available from Google Play and the AppStore, includes real-time status and schedule information to customers via their smartphones, along with destination, track assignment and real-time position of the next 12 trains at a given station.