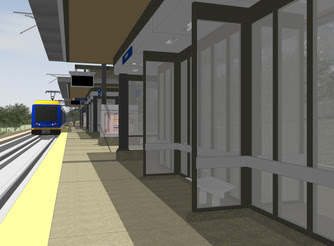 The agency developed the concepts based on community feedback and lessons learned from previous light-rail projects in the region. The open house-style meetings will allow the public to learn about the design process, review specific design concepts and offer feedback to project staff, according to a press release issued by the Metropolitan Council, which oversees transit in the Twin Cities area.

Updates on designs in communities along the extension route also will be available.

The proposed 13-mile route would travel from downtown Minneapolis through Golden Valley, Robbinsdale, Crystal and Brooklyn Park, Minn. The alignment would be primarily at grade and would feature 11 stations.

In September, the Federal Transit Administration signed off on the environmental review for the project.