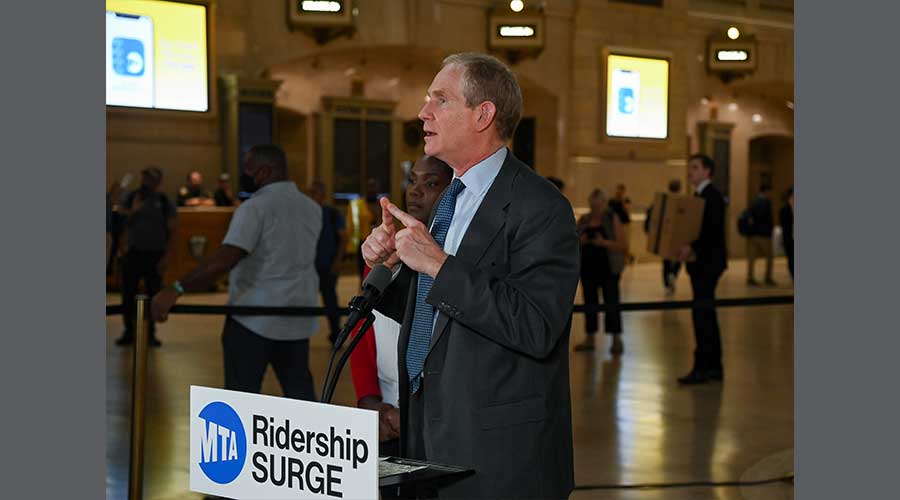 MTA commuter railroads also continued to show growth, MTA officials said. For the second consecutive day, Metro-North Railroad set a ridership record of more than 181,600 riders Sept. 14, the highest since at least March 2020. Long Island Rail Road carried more than 200,000 riders on a weekday for the second time since March 2020.

"These ridership numbers are on the higher end of our latest projections and show mass transit is moving in the right direction, and we're not stopping," said MTA Chair and CEO Janno Lieber. "While some form of work from home will surely continue, the surge in ridership that we are seeing says that back to the office is a meaningful trend."