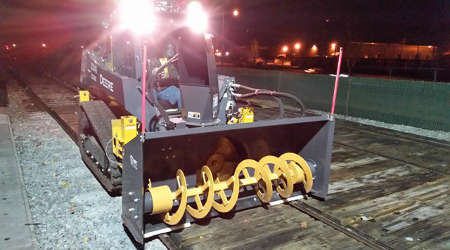 The capital improvement investments included upgrading track and signals, acquiring new snow-fighting equipment and stocking up on vehicle replacement parts. After making the improvements, the agency experienced no service shutdowns in winter 2016, MBTA officials said in a press release.

On the commuter-rail system, MBTA and its operating contractor Keolis Commuter Services have focused on improving switch function by adding propane heaters and covers to existing infrastructure. The improvement is expected to reduce the risk of switch failure due to ice and snow buildup, agency officials said.

The agency also will try harder to provide riders with as accurate service information as possible.

"While we've proactively made investments in equipment and infrastructure to make the MBTA more resilient, we also want to strengthen the channels of communication we have so our riders know what to expect and can plan ahead," added MBTA General Manager Luis Manuel Ramirez.

For example, the agency will roll out improved versions of the severe weather indicators tested on the commuter-rail system last year.

To learn more about the MBTA's winter resiliency work and other reform efforts, read this feature from Progressive Railroading's February 2017 issue.