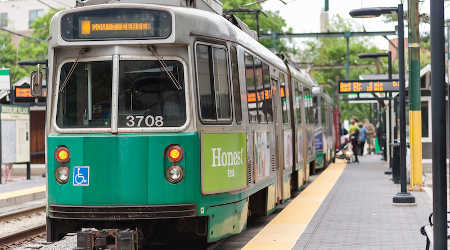 The station contract was awarded to A.A. Will Corp. for $32.4 million. The new Chelsea Station will be an intermodal facility that connects the Newburyport/Rockport lines to the Silver Line 3-Chelsea line that began operating in April 2018. Construction is projected to start in early summer, with completion pegged in late 2021.

"This is a key investment in our commuter-rail infrastructure that will allow for faster boarding and improved accessibility for people of all abilities," said MBTA General Manager Steve Poftak in a press release.

The board also exercised a $78.3 million contract option with MotivePower Inc. to initiate the overhaul of 27 additional commuter-rail locomotives. The F40 units will be rebuilt and refurbished, including new remote monitoring and diagnostics, forward-facing and cab cameras, and modern brake and control systems.

Under an existing contract, the MBTA is in the process of overhauling 10 F40s. The additional overhauls are part of a strategy to improve locomotive reliability in the near term while simultaneously studying ways to improve the commuter-rail network in the future, authority officials said. One F40 re-entered passenger service in March, a second is scheduled to return to service this week and the remaining eight units will return by August's end.

The first of the 27 optional units is expected to be delivered to the MBTA by November 2020, with all overhauls completed by late fall 2021.

"These locomotives will be crucial to improving daily reliability and allow us to operate the system while we plan for the future of commuter rail," said Poftak.