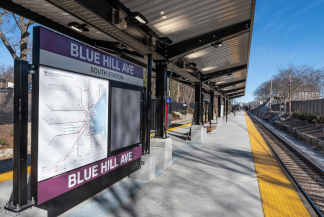 For more information on the station and its schedule, visit mbta.com.

Station construction began in 2017. It was the last of seven station upgrades in TransLink's Expo Line upgrade program.