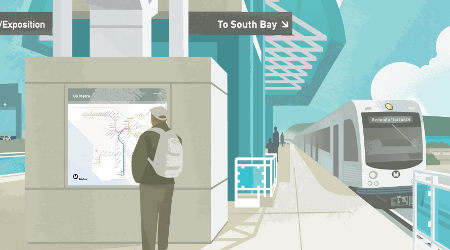 Also known as the South Bay extension, the project involves extending the Green Line from its current terminus at a station in Redondo Beach, California, to a new transit center in Torrance, California.

The other two alternatives would run along Hawthorne Boulevard for part of the way to Torrance.

This summer, Metro plans to recommend a route or routes to the agency's board. After that, the agency would resume the project's environmental studies in early 2019.

Under the Measure M spending plan, the project is slated to break ground in 2025 and be completed in the 2030-2033 timeframe. The project has $891 million in funding between Measure M, Measure R and other sources.

The agency will recommend a route that fits within available funding, according to Metro's blog.