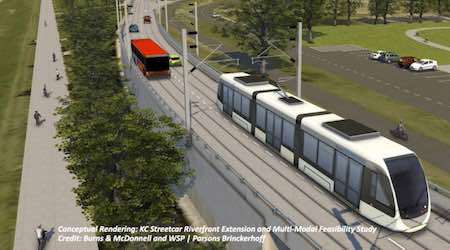 The primary study area for the effort extends from downtown Kansas City, Mo., and the River Market to the Missouri River and Berkley Riverfront Park. The area is bounded on the west by BNSF Railway Co. right-of-way.

KCSA is working with Port KC and the Kansas City Area Transportation Authority on the plans.

"Providing a link between downtown and the riverfront ensures momentum will continue for Berkley Riverfront development, bringing with it more jobs, housing and retail options for the city," said Michael Collins, president and chief executive officer of Port KC.

WSP Parsons Brinckerhoff also is a member of the study team.