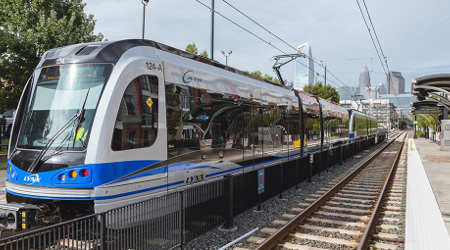 The 9.3-mile extension runs from the 7th Street Station in Charlotte's Center City area to the University of North Carolina at Charlotte campus. Although the $1.1 billion project has been delayed, it remains under budget, CATS officials said on Twitter.

The extension originally was slated to open in August 2017, but the agency pushed the opening date to March due to construction coordination challenges and other issues.

In May, CATS activated the line's overhead catenary system to perform its first "live wire" test.