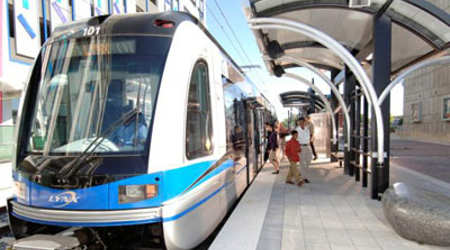 The agency powered the overhead system and ran trains on their own power at 5 mph to 10 mph from the North Yard facility to the Old Concord Road bridge, CATS officials said in a construction update.

The test was designed to confirm that the electrical connection with the catenary system will properly power the train along the alignment.

The testing marked the first time a light-rail train traveled on the extension tracks north of the North Yard, according to CATS.

The 9.3-mile extension is slated to open in March 2018. The project's original opening date was in August this year, but CATS officials pushed it back due to construction coordination challenges and remaining tests of system integration and signalization.