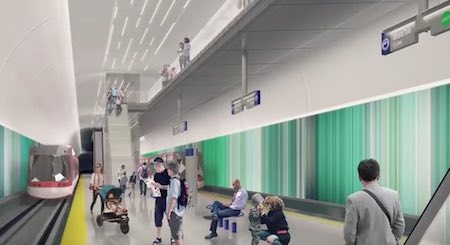 The evaluation showed that an underground option would be the best choice for the route, city officials said in a press release. The project team considered five options with various combinations of elevated, street level and underground running service.

Each option was evaluated based on environmental sustainability, technical feasibility, cost, alignment with city policies, urban development and public input.

Additional analysis will be necessary before a formal recommendation is made to the city council. Technical design, economic analysis and further public discussions will inform that official recommendation.

"This is an exciting first step in designing the downtown segment of the Green Line LRT," said Jon Lea, project manager. "We're starting to get a sense of what this project could mean for the downtown, and we’re looking forward to continuing our work with Calgarians to further shape this new transit line."