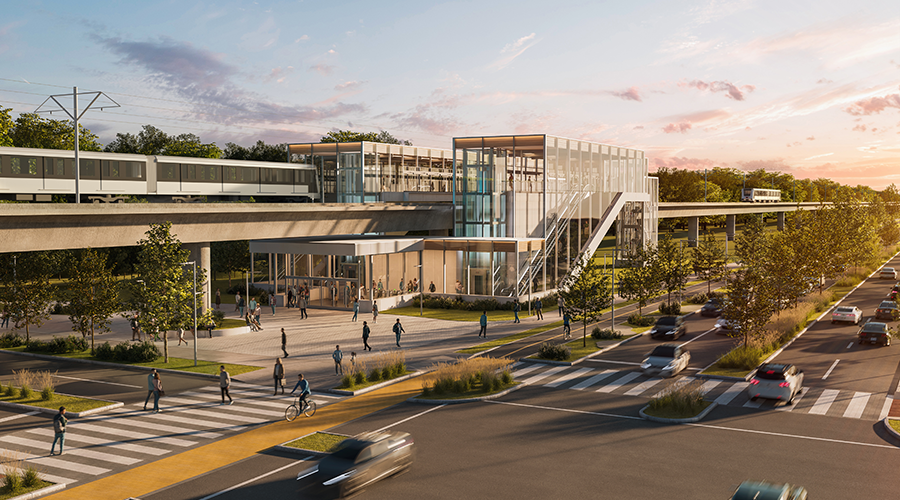 The new REM de l'Est segment will help meet rider demand in Montreal's east end by developing two north-south and east-west branches that converge toward downtown Montreal, CDPQ officials said in a press release. The project will add a light-rail line in downtown Montreal and include four additional stations in the Rene-Levesque Boulevard corridor.

The segment in the east and northeast will relieve road congestion, reduce pressure on the Societe de transport de Montreal's metro, spur investment, and serve as a springboard for development projects, CDPQ officials said.

The project launch marks the start of a consultation process. In the coming months, CDPQ will hold technical workshops with project stakeholders and discussion sessions with the general public.

The REM de l'Est project will be submitted to the Bureau d'audiences publiques sur l'environnement for review in 2021.

The entire REM project will be one of the largest automated transit networks in the world, with 61 miles of rail and 49 stations.