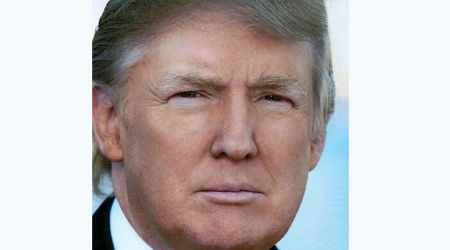 President Donald Trump's proposed cuts to public transit would put at risk 800,000 jobs, including 502,000 construction and related positions, according to a recent analysis released by the American Public Transportation Association (APTA).

Prepared by the Economic Development Research Group on APTA's behalf, the analysis showed that the cuts would jeopardize $38 billion in planned projects.

"These proposed cuts will devastate the working class by causing job losses and turning back the economic progress being made on Main Street America," said APTA Acting President and Chief Executive Officer Richard White. "As Congress works to wrap up the appropriations for this fiscal year and address the FY2018 budget, we believe the place to start is by fully funding the [Fixing America's Surface Transportation] Act at levels that were approved by Congress in 2015."

"If we didn't have mass transit ... we would have to add 27 more lanes of highway to our already congested highway systems," said Dillard, a former Republican member of the Illinois State Senate.

Additionally, the value of homes near mass transit in the Chicago region has increased, Dillard said.

"Especially in our state, where we've not had a statewide capital plan for years, federal funding is critical to the regional transit agencies' ability to provide more than two million rides each weekday," he added.