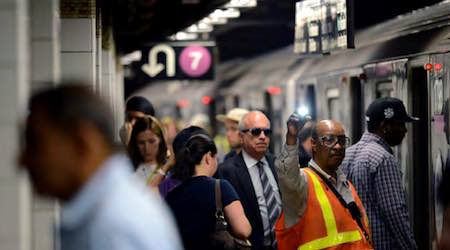 Nearly 90 percent of public transit trips impact the economy by connecting people to employers, retail and entertainment venues, according to a recent study by the American Public Transportation Association (APTA).

Authored by CJI Research Corp., the "Who Rides Public Transportation" study was based on 700,000 passenger surveys conducted between 2008 and 2015, APTA officials said in a press release.

Forty-nine percent of riders reported using public transit to get to or from work, while 21 percent said they used transit to shop. An additional 17 percent rode transit for "recreational spending" in their local economies, according to the report.

"The data is clear: Public transit riders' impact on the economy has grown tremendously over the last 10 years," said APTA Acting President and Chief Executive Officer Richard White. "As the new Congress and administration look to boost the economy, investing in America’s public transportation infrastructure should be a key element of that plan."

The study also found that 65 percent of respondents had a driver's license, while 55 percent of public transit users were women.