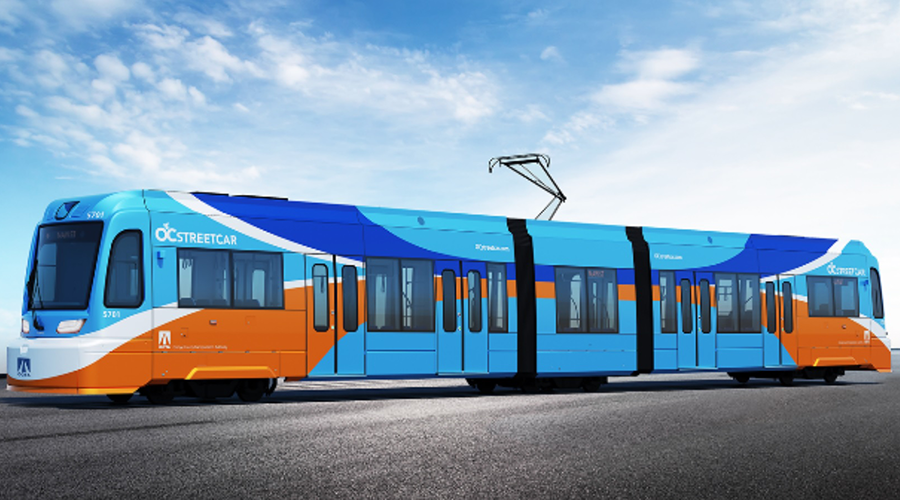 The Orange County Transportation Authority (OCTA) earlier this month reached a construction milestone on the OC Streetcar project as crews set in place the first rail that will carry light-rail vehicles through Santa Ana and Garden Grove, California, by 2022.

Construction crews set the rail in place at the intersection of Santa Ana Boulevard and Bristol Street. They will continue placing rail westbound toward Raitt Street, OCTA officials said in a press release.

“This is an important and very exciting moment for this project as the public can begin to see the actual rail being set into the street for Orange County’s first modern-electric streetcar,” said OCTA Chairman Steve Jones.

The 4-mile streetcar will carry passengers between the Santa Ana transit center and a transit stop at Harbor Boulevard and Westminster Avenue in Garden Grove, and along Santa Ana Boulevard, Fourth Street and the Pacific Electric right-of-way.

Siemens is manufacturing eight S700 light-rail vehicles for the project.