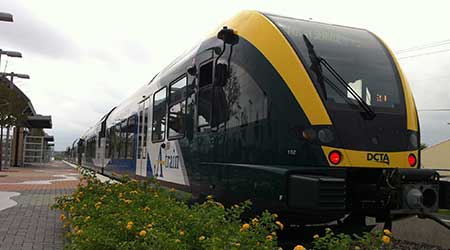 Year over year, rail ridership was down on heavy- and light-rail systems, but up — 0.7 percent — on commuter-rail systems. More than half of commuter railroads posted ridership increases in the third quarter, APTA officials said in a press release.