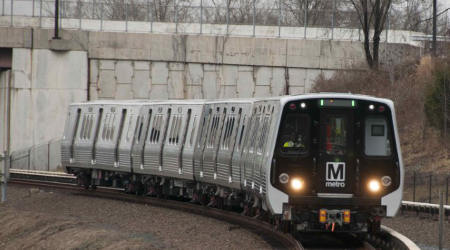 Washington Metropolitan Area Transit Authority (WMATA) General Manager and Chief Executive Officer Paul Wiedefeld plans to issue several key recommendations to the agency’s board this week, including a fiscal-year 2020 operating budget proposal that calls for no fare hikes and an effort to increase rail service.

The recommended FY20 service improvements would be in addition to the planned elimination of the “Grosvenor Turnback” to double rush-hour service at four Red Line stations.

“The past year has been about demonstrating to customers that we are getting Metro ‘back to good.’ Now, we have to get better than good as we work to attract and retain customers,” said Wiedefeld in a press release. “While there are a number of improvements such as pass discounts and automatic train operations that we can do within the new cap on subsidy growth, the service improvements I am including in this budget will need the region’s support and the board’s approval.”

The proposed budget meets subsidy cap restrictions put in place by dedicated funding legislation in Maryland and Virginia. The planned service improvements will need to be considered by the board as a policy decision to receive funding above the cap.

The board will continue to deliberate the operating and capital budgets over the next two months. Public hearings and outreach efforts are expected to begin in early 2019, prior to final budget approval in spring. WMATA’s capital and operating budgets take effect July 1, 2019.