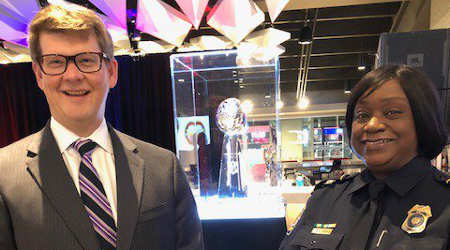 The Metropolitan Atlanta Rapid Transit Authority (MARTA) last week announced it will add rail service during the 53rd Super Bowl, which will be held in February 2019 at the Mercedes-Benz Stadium in Atlanta.

The 22-mile line would connect MARTA's existing station in East Point to Jonesboro and Lovejoy along existing Norfolk Southern Railway right of way, according to the paper.

Construction on the new line could begin in 2023, with passenger service starting in 2027, the newspaper reported.