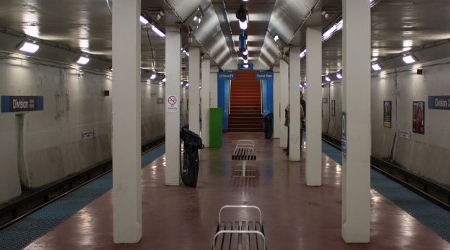 The Chicago Transit Authority's (CTA) board earlier this week awarded a $30 million contract to F.H. Paschen, S.N. Nielsen & Associates LLC to renovate the Grand, Chicago and Division rail stations along the Blue Line.

Each station will be equipped with new railings, lighting, security cameras and other improvements. The project marks the largest renovation of the three subway stations since they opened in 1951, CTA officials said in a press release.

The project also will include the escalator refurbishment, stair repairs and the installation of entry canopies and enclosures at each stair opening. In addition, crews will install audio speakers on the platform.

"The modernization of these three stations, which link Chicagoans to downtown and Near North side jobs, schools and health care facilities, will allow us to provide improved and safer transit service to the four million passengers who use these transit hubs each year," said CTA President Dorval Carter Jr.

The rehab projects are part of CTA's $492 million Your New Blue initiative, which calls for track and infrastructure improvements, stationhouse upgrades, signal improvements along the Blue Line's O'Hare Branch.