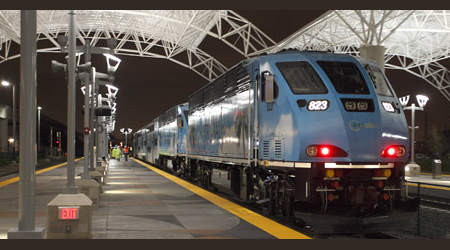 The South Florida Regional Transportation Authority (SFRTA) is partnering with the regional 211 helpline and crisis lines to launch a new suicide prevention campaign.

As part of the effort, the agency is placing signs along its southern rail corridor to deter suicides and encourage people to call the 211 crisis line for help. The signs also will be installed in SFRTA's stations.

"We are grateful to have 211 as a partner in our efforts to mitigate the increasing incidents of suicides on the South Florida Rail Corridor," said SFRTA Executive Director Jack Stephens in a press release. "We want anyone who considers this action as their only recourse to whatever is going on in their lives to be aware that there are alternatives and that help is available if they reach out for it."

The agency is launching the campaign as suicide rates in the United States have soared 25 percent since 1999.