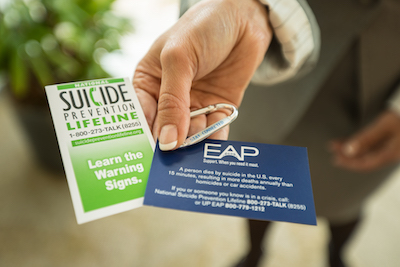 The two most common ways people commit suicide in the United States are by gunshot and by a prescription drug overdose. But another recurring method is by train. If a distraught person doesn’t have access to a gun or pills, he or she might seek the nearest railroad track — which is easier to find — and intentionally wait to be struck by a train.

Suicides involving trains are emotionally trying for rail employees who witness them. The workers often need counseling to deal with the shock or guilt such a traumatic event can cause, or the anxiety of being reminded of a loved one or friend who recently committed suicide.

Such acts are troubling for railroad administrators, too, because suicides are out of their control, committed in any part of their network — along rights of way, at grade crossings or in stations — by people who typically are mentally ill, depressed or anxious. Yet, there is something railroads can control: adopting more preventative measures.

Railroads are trying to step up efforts to reduce the number of suicides and attempts in their systems to avoid disruptions and distress, says Scott Gabree, an engineering research psychologist at the U.S. Department of Transportation’s Volpe National Transportation Systems Center, which is conducting research on rail suicides and countermeasures.

Since the number of suicides and attempts have remained at relatively high levels for many years, railroads continue trying to figure out what role they can play in prevention, he says.

For Union Pacific Railroad, it became clear the Class I should assume a leadership role on the issue for the rail industry, given the high number of suicides that occur along its network and the lack of an industry-wide exchange on approaches. Suicide is a sensitive topic that isn’t discussed much — certainly among railroads, their peers or workers — yet the silence needs to be broken to open a dialogue, says Mark Jones, UP’s director of employee assistance and support services.

Since UP employees live and work in thousands of communities in 23 states, it’s vital that the Class I strives to be part of the solution when it comes to devising prevention strategies, he says. Plus, there are more than 300,000 miles of track in the nation — including UP’s 32,000 miles — and it all can’t be fenced off, so public messaging is vital, adds Jones.

“We need to bring this out of the dark. Railroads need to lead the conversation,” he says.

To that end, UP organized and hosted a two-day rail industry summit on suicide prevention in August 2016 that was sponsored by the National Action Alliance for Suicide Prevention. Attended by representatives from several Class Is, Amtrak, the Association of American Railroads (AAR), Volpe center and other industry constituents, the event included an expert panel and several presentations. Session topics included using epidemiology to understand rail suicides, creating a comprehensive and sustained workplace approach to prevention, and reviewing trends about mental health and substance abuse in the rail industry.

“I believe that’s an outgrowth from the August summit,” he says, adding that discussions are underway to determine if the event should be held annually.

Jones also is a board member for the National Action Alliance. In late January, the alliance announced a joint initiative with the American Foundation for Suicide Prevention — the nation's largest suicide prevention organization — to reduce the annual suicide rate 20 percent by 2025 due to the rising number of suicide-related deaths over the past 16 years. The two organizations plan to rely on multisector coordination, alignment and engagement to reach that goal.

But engaging people to talk or learn about about suicide in groups can be difficult. Although suicide is among the 10 leading causes of death in the United States — and totaled more than 44,000 nationwide in 2015 alone — discussing it in public tends to upset some people, says Jones.

For example, during a suicide prevention presentation he gave to labor representatives in September 2016, some audience members were visibly dismissive and agitated, Jones says. But afterward, a man approached him and thanked him for addressing the topic because the man’s brother had committed suicide four years prior.

“He found the presentation helpful and comforting,” says Jones.

UP also held a safety “stand down” last year that many employees considered helpful in dealing with the sensitive topic. During the stand down, railroad operations were suspended so supervisors and employees could have in-depth conversations on various safety issues, including suicide prevention. A surprisingly high number of workers talked about how they had been affected by suicide, says Jones.

In addition, the Class I held a Suicide Awareness Day in September 2016 during which peer support program volunteers went to various facilities and handed out prevention literature targeted at the railroad’s workers and their families.

UP tries to emphasize to employees that they don’t need to be a suicide expert to have a discussion with or offer assistance to someone they believe is troubled and might put himself or herself in peril, says Jones. The railroad promotes a “see something/say something” mindset through its Courage to Care program and provides training on ways to recognize the warning signs of a potential suicide.

A male employee at UP’s yard in Denver took that to heart earlier this year when he saw a woman standing on track who appeared to be distraught. He approached her, tried to comfort her and gave her UP’s handout on seeking help during a personal crisis, says Jones.

“It shows our recognition training worked,” he says, adding that the railroad hopes to continue reaping similar results from what’s become a multidimensional approach to suicide prevention. 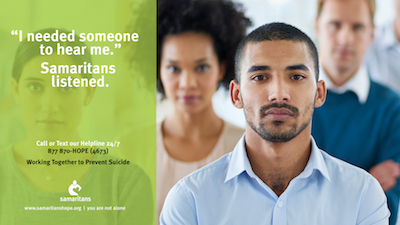 “Multidimensional” also describes the ongoing suicide research at the Volpe center. Funded by the FRA’s office of research and development, the center’s research focuses on:
• mapping where/when suicides by rail occur;
• reviewing coroners’ determinations of suicide or trespassing to determine if they accurately record those acts;
• collaborating with the international rail community on best practices or successful approaches;
• partnering with railroads on preventative or countermeasures; and
• working with the media to prevent sensational reporting that could lead to copycat suicide incidents.

In terms of international collaboration, a Global Railway Alliance for Suicide Prevention (GRASP) was formed in 2014 to share countermeasures and discuss challenges, says the Volpe center’s Gabree. The working group of suicide-by-rail experts from around the world meets a couple of times per year. North American GRASP members include representatives from the Volpe center, FRA, AAR, George Washington University and University of Quebec.

Regarding efforts to forge railroad partnerships, the center for the past year or so has worked on a pilot project with the Massachusetts Bay Transportation Authority (MBTA) involving station signage. The authority installed digital displays in stations to help direct anyone feeling troubled to Samaritans Inc., a suicide prevention organization that operates a 24/7 help line. The MBTA plans to permanently place signs in several stations.

A previous collaboration with Samaritans Inc. resulted in a 200 percent increase in monthly texts to the organization and a 50 percent increase in its call volume, according to MBTA estimates. The current pilot project has increased the number of phone calls, as well, says Gabree.

“This is a way to have a larger public health message and not just make it suicide-centric,” he says.

For UP, the industry’s get-help message seems to be getting through to the public a bit more than in the past and the Class I appears to be on the right path with its own prevention strategy, says Jones. It’s vital that the railroad continues to be transparent on the suicide issue and doesn’t shy away from addressing it, he believes.

“This isn’t a well-known problem. It’s a complex problem that needs to be dealt with effectively to try to solve it,” says Jones.