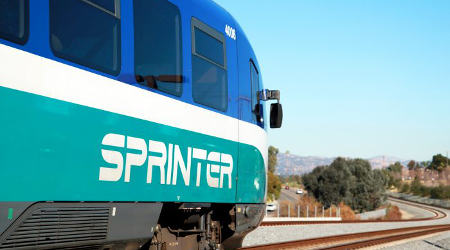 Since Sprinter opened a decade ago, it has provided more than 23 million trips, NCTD officials said in a press release.

The 22-mile route runs from Escondido to Oceanside, California, and includes 15 stations. Sprinter has an annual ridership of 2.5 million passengers, with an average weekday ridership of 8,400.

It cost $477 million to build the Sprinter line and its maintenance facility and vehicles, according to NCTD.

"The Sprinter is a significant asset for North San Diego County providing transportation, economic, and environmental benefits," said Bill Horn, a member of NCTD's board.