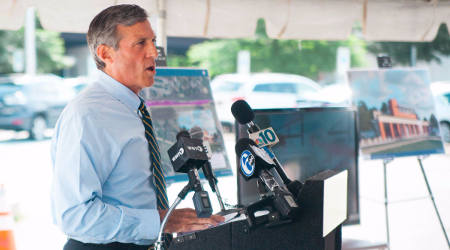 The Delaware Department of Transportation (DelDOT) on Monday held a groundbreaking ceremony for improvements to a train station in Newark, Delaware.

The renovated facility will feature a high-level platform that complies with the Americans with Disabilities Act, along with expanded parking and improved passenger amenities, DelDOT officials said in a press release.

The project is being built under multiple construction contracts. The first construction project calls for building the expanded surface parking lot, access road and related improvements.

The station is served by Amtrak and the Southeastern Pennsylvania Transportation Authority's (SEPTA) Wilmington/Newark Line commuter trains. The facility will be renamed as the Newark Regional Transportation Center.