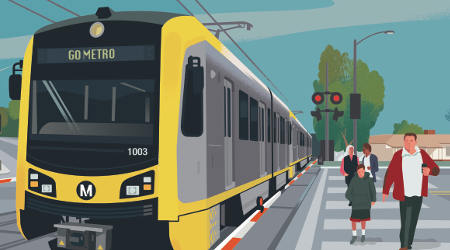 The event will be the first of four meetings held in preparation of a draft environmental statement and environmental impact report, Metro officials said in a press release.

The project area is home to 1.2 million residents, but the population is expected to grow to 1.5 million people by 2040. The rail line would help provide relief to constrained transportation systems available in the area, Metro officials said in a project summary.