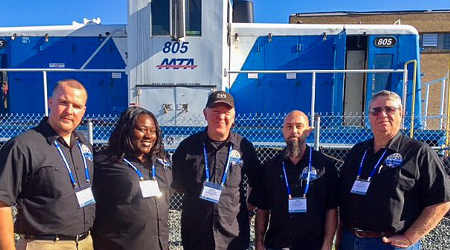 The award is given to the system with the highest rail operator and maintainer team combined score. The winning team members were Mike Gross, Gary Crandell, James Moon, Tenikia Jackson and John O'Connor, according to an APTA press release.

Coming in second place was the Dallas Area Rapid Transit's (DART) team, and in third place was the team competing on behalf of the Massachusetts Bay Transportation Authority.

"Our maintainers and operators strive to make our rail systems among the safest and most convenient forms of transportation in the world," said APTA Acting President and Chief Executive Officer Richard White. "The accolades they have received this weekend are the result of years of hard work and training."

In the Maintainers Competition, participants are evaluated on their ability to troubleshoot maintenance problems. BART's team of Gross, Crandell and Moon were named winners that category.