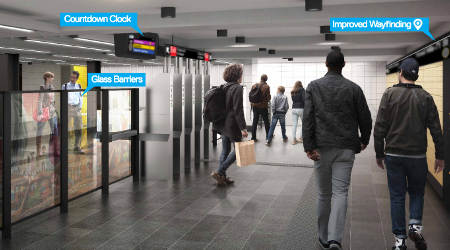 The station will be closed for six months, NYCT officials said in a press release.

The renovations will include new platform edges, new stair finishes, and repairs to track and platform walls. In addition, crews will upgrade electrical and communications systems and install new granite flooring and LED lighting.

The station is one of three R line stations along 4th Avenue in Brooklyn to close for an overhaul of all station components. The other two stations are at 53rd Street and Prospect Avenue.

The MTA will spend $72 million to modernize the three stations.